Posted by imus on July 17, 2018
Posted in: Uncategorized. Tagged: shopping.

Stopped in @ Home Depot and picked up one of Kreg’s Accu-Cut jigs for the circular saw, it was not what I expected.

The Accu-Cut it didn’t clamp down, wasn’t very secure and had way too much play while it was in the track. I’d say at least 1/32 to 1/16 Inch. It also didn’t attach to the saw very well and the setup instructions were very hard to follow. OK, I did have a beer so maybe that didn’t help much in the instruction following part.

I’ve decided to try and take it back to HD tomorrow, because this thing does suck big-time. 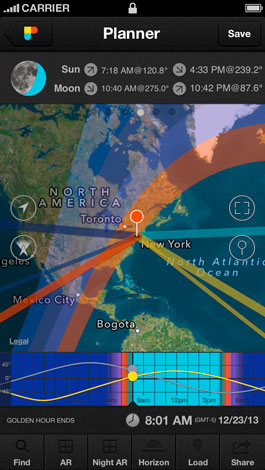 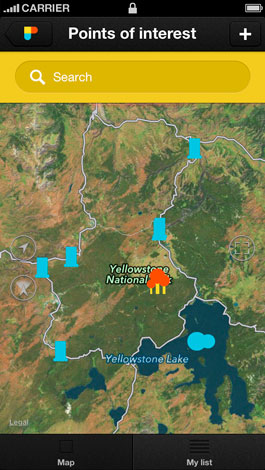 Just Bought this, should be here possibly by the end of next week. 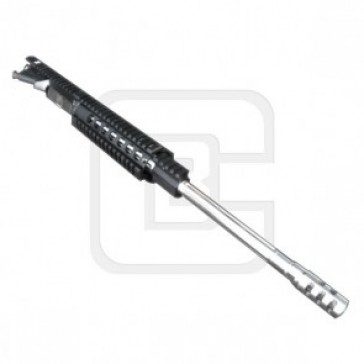 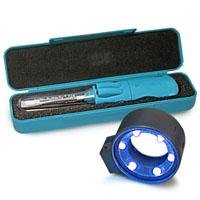 Got this today, if my Debt Card works.

Cloudy and hazy all day, a bit warmer than normal though, in the high to mid sixties. Sun only came out in the afternoon for a short time.

Work was a bit slow, the build machine not set up yet. I called up the dentist and they do have my crown and said they could get it “installed” this afternoon @ 3:20pm. Headed out of work about 2:15 in order to get back to Lawrenceville by then and just about the time I was rounding the corner of 120 where Great Expressions, my dentist, is they called to say they had an emergency and they were going to have to re-schedule, FUCK! OK, tomorrow @ 8:10 it is.

Decided to go ahead and order a TriggerTrap Arduino off of Amazon. They were suppose to just bill me for one when they began to stock again but I haven’t heard a thing and then looked it up. They billed me so I hope it comes in soon, and is right. They were having lots of trouble with the China connections they had.

Came home and watched some BBT and the newest Cougar Town. Also made some chicken fajitas and smashed up an avocado. Very yummy but still unable to eat very well. Brian was going to the ‘Shroom for dinner and invited me to have a beer or something, I was sleeping mostly on the chair and thought about it buy since I wanted to go to Trivia tonight I decided against it.

Trivia was cool, bunch of people today, Sam, Brett, Bill, Kate, Russell, a friend of Sam’s-Lisa, Autumn, her friend Brian and I. We were in the thick of things until the last question where we lost it all. Not very conservative when it comes to betting. Had one too many beers actually, should have just stayed with two.

sunny and cold; out shopping for the house; taco mac for a beer; then home for new years eve

Got up after quite a few weird dreams nothing bad really but just plain odd.

One of the dreams centered around the very old gang I used to hang out with at my first job. Then one where some odd chicken egg things were going on.

Went out to the mall and checked. Few places for the steam-vac thing, best buy first and picked up a mouse and a iTunes card for Nicki. Then to target where I ended up getting some things I’ve needed for some time. I then stopped in at the Mac.

Met up with Jeff T there and then Brian came by and we had an early dinner. I also saw Ellis from the Xcellenet days, cool chatting with him about the new stuff and that he is spearheading some really cool things for Afaria in the future, he now works along with SAP.

Came home and just watched some dr. Who and some of tBBT and then just movies all night.

Nicki tried to give me the guilt trip about not allowing Jorael in the house, just not going there with her, she may be starting to understand a bit about consequences, or at least I hope so.

When I was out @ Taco Mac they upgraded the T-Mac Mobile website for the TM Brewniversity, not sure I like the new setup much, but in some ways it’s a WHOLE lot better on the iPad. Just not suited as well for the phone.

HeliDirect, some things I need to get the 450 setup, calibrated & safe.

As for the Triggertrap Shield; we’re finally back in the ‘validation stage’; Which means that we have a new ‘final’ set of components; if they all pass our quality controls, that means that we can finally start shipping the Triggertrap Shield as well – we’re aiming for the end of August on that one, but as we’ve learned the hard way, we wouldn’t hold our breath. (Never mind that holding your breath until the end of August is probably a bit much, even if you do that sort of thing professionally).

Order from X-Heli, they are getting all my $$

Sunny and warm, didn’t get outside at all today during working hours.

I found out this afternoon that the latest (fixed) version of PhotoSmith is suppose to be released worldwide this evening,

I messed with trying to get my device provisioned using enrollment codes but the system wasn’t letting me do it. The SQL server was down again, seems to be something with the computer in support going to sleep. Had a small lunch with

My order from X-Heli just got into town this afternoon about 2:38pm, into Atlanta and should be on the truck tomorrow for delivery. I’m a bit excited to get the 4ch fixed pitch heli so I can see if it flies closer to what I have been noticing the emulators do. I’ll be moving the “training gear” onto the new smaller 9958 ‘copter and playing with it from Thursday on. the three channel ‘copters are just plain messed up since you can’t properly fly them the same as you would the 4CH and 6CH ones. I’m ready to buy a 6CH EXI 450 for about $70 with no electronics, it is made mostly of metal and carbon fiber, not sure if I want the spindle or the belt driven tail rotter though, the belt may fair better in a crash.

I’ve also realized that I just like the idea of constructing a helicopter and then all the adjustments and fine-tuning along with the electronics of the transmitter and programming that. So my next order from X-heli will be the mechanical EXI450 and some spare parts for the 9958. A

Stopped in to the Home Depot in Jones Creek and finally picked up a Dremel Tool, I’ve been wanting one for some time now and I just bought it on impulse since I’m getting more excited about constructing a ‘copter. I also picked up a small caliper and metal ruler both are what I really went to the Depot for to begin with. Lastly, I picked up a set of small drill bits for the Dremel and some locktite as well, the blue kind they said was good for the metal to metal screws on the ‘copters.

Celebrated Katie’s birthday and we all had tequila shots, yuck, we ended with 2nd place due to to some nice questions, the last being how many seats on the Stock Exchange, there is over 1000, but I had no idea and we ended up guessing about 200 something, the gals behind us got 3rd and the two guys (English) won 1st. Katie had turned 28 on Saturday, wow so young, and smart too. took some photos but nobody was really looking. I had a few good moments, one where I was the one to get the answer to the main plant used in the production of Absinthe, wormwood.

friday the 13th; hazy and rainy again; a bit of traction on the issue @ work;

Yeah, Friday the 13th. Got paid and paid some bills so not all that “evil” 🙂

Weather was on the cool side, lower 70s and still a bit wet. Rained in the morning but by noon the sun was peaking out occasionally.

Ordered up the parts for the Double Horse 9100 and a toolkit along with a new 9958 mini 4CH FP heli to play with. Realized that I should have never bought a 3CH copter and only a 4 or above. I’d like to get another 4 channel next with a collective, so I’ll be needing atleast $200 or maybe $400.

Work is a bit frustrating, I think I’m getting Deanna mad @ me about not putting 100% into the issues when I continue to have to go back and forth with support just to get the things I need. It’s just so frustrating I just want to let it go and do somethings else. I also found out that another engineer solved the issue with the XSTrans traps, they were just what I thought and he fixed it by using flood control similarly to what we do in Outbound-Notification, smart. Now I feel stupid that I didn’t just think of trying that, although I know I’ve done the same thing before when I start a issue that someone else has had before me and hit a wall.

Ended up at johns creek for a delirium Noel and while the talked to the dude, David who is starting his own possible beer business, lots of people are trying to brew beer for profit these days after they brew in their homes for awhile. I chatted with a dude, thin tall guy drinking all kinds of drinks with maraschino cherries in them, sales guy for some sort of web-security thing that allows doctors to communicate “securely” for HIPA requirements.

Went over to the Mall of GA, glad I did, got to hang with John the Honda Guy and Lori the very cute Auburn fan I used to tease that worked over at the Suwanee store and now works somewhere by Lake Lanier. Lori was complaining about her long (beautiful, thick and dark) hair and about cutting it off. Had the Delirium Noel in both bottle and on draft, it tasted better in the bottle IMHO. I also added the Clown Shoes Eagle Claw Brown which is more like an Imperial IPA than a brown. Finished the night and came on home watching a movie Brian brought up with Katherine Hiegel one of my celebrity crushes.

Some interesting molecular jewelry, my favorites based on how much I like the particular things made of the molecules depicted, Alcohol and Caffeine. The model is quite beautiful as well. 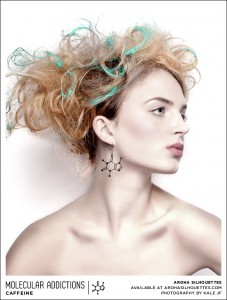 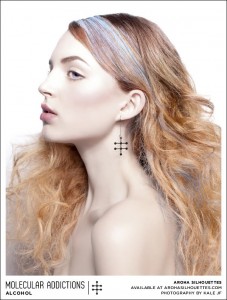 Effects of drugs on spider webs, well actually the spiders making the webs 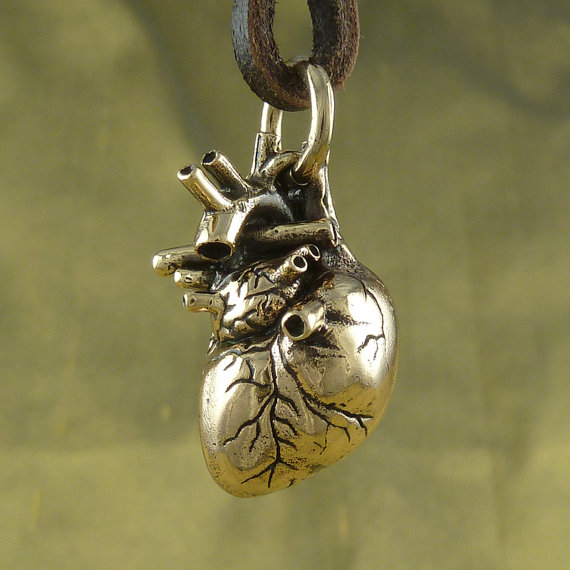 Bought this tonight from etsy.

Anatomical Heart Day of the Dead Bronze Skull by LostApostle.

More than twice the mega pixels of my D700 and better Dynamic Range. Maybe the D800e is what I want, only $300 more for no moire filter. 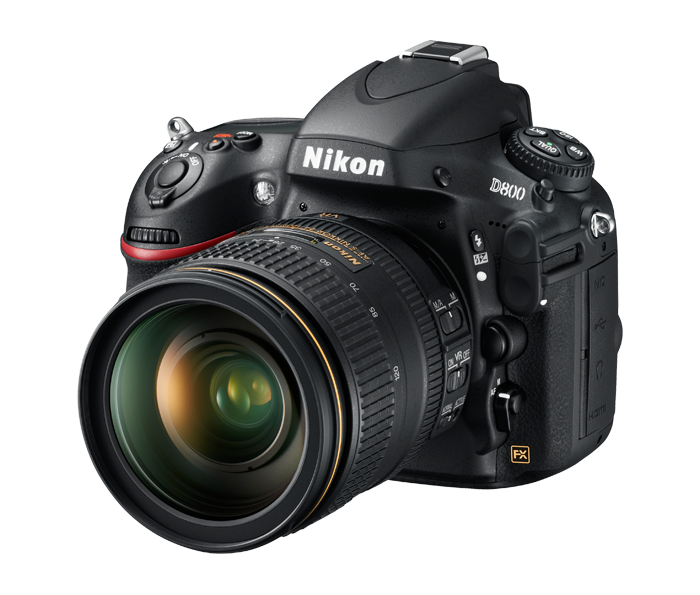 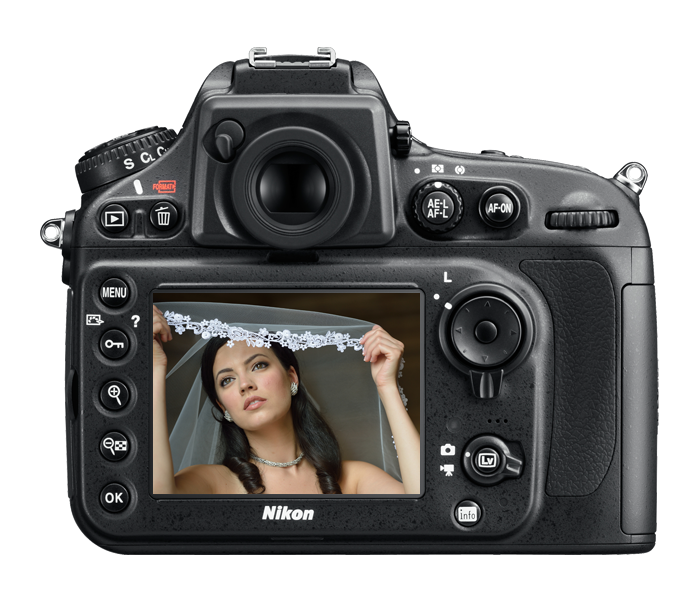 Buy the Mini Model Camera with 3 lenses at the Photojojo Store!