Posted by imus on July 18, 2018
Posted in: Uncategorized. Tagged: politics.

Trump said yesterday he didn’t think that Putin or Russia had messed with the election. Now he says they have or may have. Seems that the FBI has arrested a Russian woman who has suppositely influenced people in Washington. Paid by some Money officials in Russia. mmm, OK, they influenced people, people do that all the time, is it really a crime? Deport her then and be done with it.

Per Fox News:
“A Russian woman accused of conspiring to infiltrate U.S. political organizations — possibly including the National Rifle Association — at the direction of an unnamed senior Kremlin official was indicted by a federal grand jury and charged additionally Tuesday. 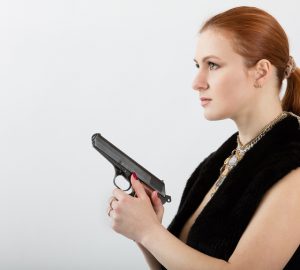 Maria Butina, 29, who accompanied Republican activist Paul Erickson to President Trump’s inauguration, was charged with a second offense of acting as a foreign agent, which has its own 10-year-maximum prison sentence, as Politico reported; she had been arrested Sunday on a charge of conspiracy to act as an unregistered agent of the Russian government.”

“According to the affidavit in support of the complaint, from as early as 2015 and continuing through at least February 2017, Butina worked at the direction of a high-level official in the Russian government who was previously a member of the legislature of the Russian Federation and later became a top official at the Russian Central Bank. This Russian official was sanctioned by the U.S. Department of the Treasury, Office of Foreign Assets Control in April 2018,” the Justice Department press release states.
More

WASHINGTON — The Supreme Court upheld President Trump’s ban on travel from several predominantly Muslim countries, delivering to the president on Tuesday a political victory and an endorsement of his power to control immigration at a time of political upheaval about the treatment of migrants at the Mexican border.

trump does the right thing

Posted by imus on June 21, 2018
Posted in: Uncategorized. Tagged: politics.

President Trump repelled his decision to separate the illegal imigant’s from their children. This will make housing the “families” more costly and difficult. I hope the people who voiced forced this change are willing to fund the operation.

Learned later that the “procedures” to separate children from parents was to NOT put children in Adult facilities. This was done during Bush Junior’s time.

Heard today that the Florida Senate has passed a bill that prohibits rifle sales to people under the age of 21, and also brings back the 3 day waiting period for sales. So an 18yo woman living by herself cannot purchase a weapon for herself, but can a family member “give” one to her?

– Raise the age to purchase a firearm to 21 from 18;
– Require a three-day waiting period for firearm purchases, with some exceptions;
– Ban the sale or possession of bump fire stocks, which allow a semiautomatic weapon to fire more like an automatic weapon;

FOSTA, a shot to the head for the 1st Amendment

Posted by imus on March 1, 2018
Posted in: Uncategorized. Tagged: politics.

The bill, H.R. 1865, is euphemistically named the “Allow States and Victims to Fight Online Sex Trafficking Act” (FOSTA), despite the fact that there’s nothing stopping state authorities from punishing sex traffickers and their allies at present and despite the fact that trafficking victims can already sue abusers in civil court. FOSTA’s actual targets are adults consensually engaging in prostitution as well as web platforms that allow user-generated content.

H.R. 1865 creates the new offense of intentional promotion or facilitation of prostitution while using or operating a facility or means of interstate or foreign commerce, such as the internet. A general violation of this offense will be punishable by a sentence of upwards of 10 years.

The bill, sponsored by Rep. Ann Wagner (R-Missouri), has had bipartisan support in the House from the get-go, despite objections from a wide range of stakeholders, from victims’ advocacy organizations to the U.S. Department of Justice, which has already declared the bill “unconstitutional.”

From my take, they allow 36 oz on premise “tastings” as usual.  Now they can also give a “gift” of a growler (64oz) for off-premise consumption.  Sounds like you have to take a tour first and then also have only one beer type as a single growler, not multiple smaller growlers or possibly bottled beer.

Second Self ‏@secondselfbeer 56m56 minutes ago

#SB63 passes!!!!! A win for #gabeer #smallbusiness and the Georgia People! Now on to the house!

Thanks everyone for your support on #SB63. Passed Senate Floor 51-5. Amended, but I’ll take it. Now it’s time to hit up the House.

If your employer does not provide you with healthcare insurance (or you are unemployed), you will be REQUIRED to buy that insurance on your own, with your own money. If your income is below a yet to be determined amount, you will be eligible for a tax credit which you can only use to buy insurance at a state-run exchange in the state in which you live. In order to get the tax credit, you must enroll in Medicaid. Following me so far? Good. Because here’s whete it gets complicated. More than half of the states are refusing to set up exchanges and are suing the Federal government to put an end to this. The Federal government only fully funds the state-run exchanges for the first year. The percentage it pays drops the next two years, then disappears altogether. But I digress…
So, you’re back to appying for Medicaid. Except, there is a problem with that, too. Remember when the Supreme Court ruled last year that the new law was Constitutional? Well, they also ruled that the individual states did NOT have to expand Medicaid, which basically was the backbone of the Affordable Care Act. So, you can APPLY for Medicaid, but you won’t necessarily be accepted because your state can’t afford to have anyone else on Medicaid.
Which means you’re back to paying for healthcare insurance on your own. You will have to wade through the dozens of options offered by every insurance company that can lawfully operate in your state. Don’t worry….I’m sure each will send that information directly to your home, since they will be able to find out from the government who doesn’t have employer-provider insurance.
And if you decide that it’s too much trouble and/or you can’t afford it? Well, there’s a penalty, er…a tax…for that. Which will be collected and enforced by the IRS.

Obama’s plan to reduce gun violence, given you can reduce it by legislation

Some of this is OK, all the executive orders are mainly in beefing up background checks and doing things @ schools and in the law enforcement community.

Got it local here.

The National Rifle Association is pushing its proposal for an armed officer in every school in the country with a new ad that calls President Obama an “elitist hypocrite” for his daughters’ security detail.

The 35-second ad, released Tuesday on the NRA’s Website,

criticizes Obama for saying he is “skeptical” that armed security is the solution to school violence.

“Are the president’s kids more important than yours?” the ad asks.

i guess you can change your mind but…..

“The fact that we are here today to debate raising America ‘s debt limit is a sign of leadership failure. It is a sign that the US Government cannot pay its own bills. It is a sign that we now depend on ongoing financial assistance from foreign countries to finance our Government’s reckless fiscal policies. Increasing America ‘s debt weakens us domestically and internationally. Leadership means that, “the buck stops here.’ Instead, Washington is shifting the burden of bad choices today onto the backs of our children and grandchildren. America has a debt problem and a failure of leadership. Americans deserve better.”
~ Senator Barack H. Obama, March 2006

So, Osama Bin Laden is dead, ok. I figured he was dead a long time ago. As far as I knew he wasn’t doing anything to anyone anymore so it was a non-issue for me anyway.

politics, everyone is wrong.

The more I think about it I think I may just abstain and vote Independent or Green or Libertarian.