Posted by imus on May 22, 2016
Posted in: Uncategorized. Tagged: computers, games.

Got this today on Steam 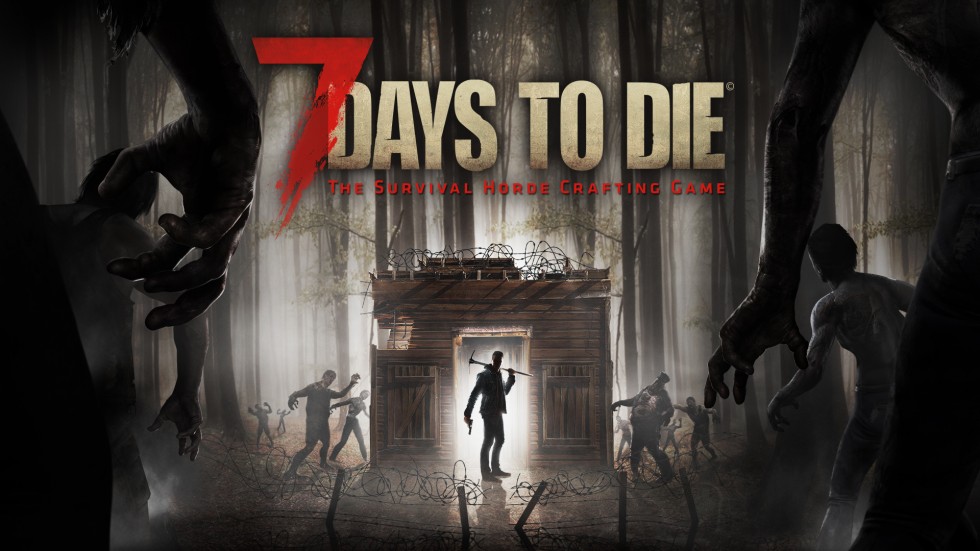 Posted by imus on May 8, 2013
Posted in: Programming, Technology. Tagged: computers, programing. 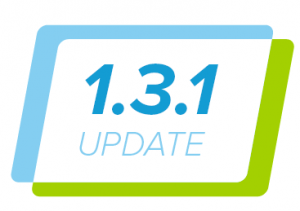 The jQuery Mobile team is happy to announce 1.3.1. This is the first maintenance release for 1.3 and contains close to 50 fixes and improvements in the library. Try it now!

In this release, we’ve added support for sourcemaps in the library to make it possible to view the uncompressed code from the minified version. Sourcemap for jQuery Mobile 1.3.1.

Posted by imus on May 7, 2013
Posted in: Programming, Technology. Tagged: computers, iphone-ipad-ipod-ios, programing. 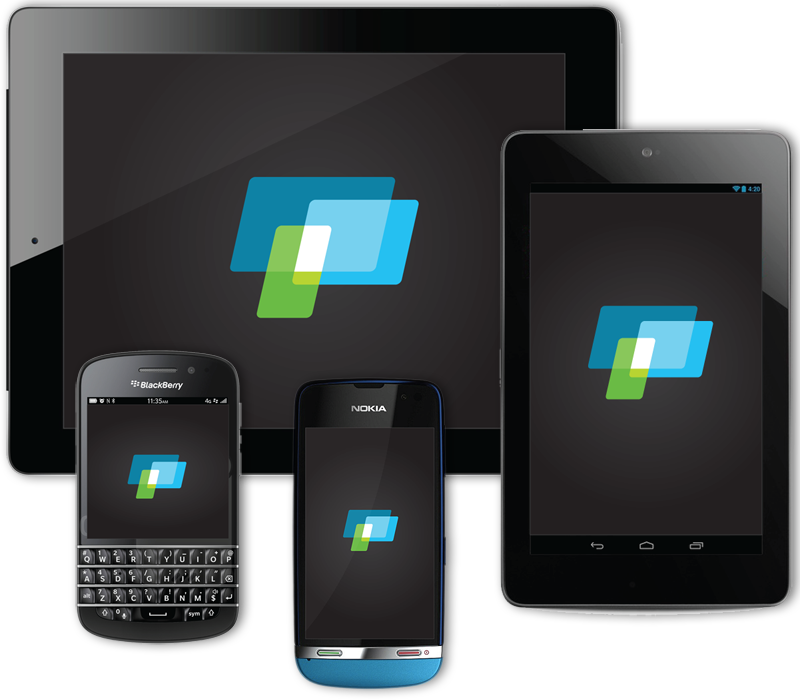 A unified, HTML5-based user interface system for all popular mobile device platforms, built on the rock-solid jQuery and jQuery UI foundation. Its lightweight code is built with progressive enhancement, and has a flexible, easily themeable design.

I started to convert my Beers, WebApp to JQuery instead of the iUI that I began about 2 years ago. The iUI project just doesn’t have enough going for it. I began today a bit during lunch and had the Media webapp that didn’t work well before modified by the end of lunch. Started on the Beer WebApp after work, finished the main 4 lists, All, Cellared, Deep Cellar, and Last 100 beers.

I’m looking forward to the upgrade but I’ll bet it comes with a price tag. I was wrong, read the article and it will be a free upgrade, not sure when it will arrive, they say at least a few months, it’s already January 2013 so maybe in another month or so?

Time for an upgrade.

Adobe – Lightroom 4.3, earlier in the week

Lightroom 4.2  is now available as a Release Candidate  on Adobe Labs.   The ‘release candidate’ label indicates that this update is well tested but would benefit from additional community testing before it is distributed automatically to all of our customers.  The final release of Lightroom 4.2 may have additional corrections or camera support.

Posted by imus on August 24, 2012
Posted in: Technology. Tagged: computers. 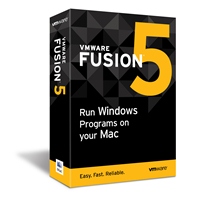 I had purchased VMWare fusion 4 only about a week ago, then Version 5 just came out. Thankfully, they sent me another code for the new version, Yay!

After a couple false starts, Photosmith v2.1.1 is now available (or will show up shortly in your part of the world)!  We’ve added a few new features and fixed many old issues as well.

This and the iPhone5 will be happening sometime in the Fall. I know I’ll be upgrading my phone then as well. I heard the phone will be a bit thinner and a little larger, screen size just a bit over 4″ diagonal. (September/October)

Looks like maps will be taking over the GPS market in cars.

iOS 6 gives you more features to make the things you do every day even better. It’s coming this fall, and it’s free and easy to upgrade wirelessly on your iPhone, iPad, or iPod touch — the moment it’s available. 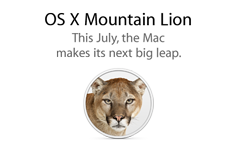 In July, for only $19.99 to update, I know my mac will be sporting this. Hopefully, the integration for iPhone-iPad & photos will be good, not sure how it will work with my Photosmith & Lightroom.

• Corrections for issues introduced in previous versions of Lightroom.

Posted by imus on May 22, 2012
Posted in: Photoshop-Lightroom, Technology. Tagged: computers, iphone-ipad-ipod-ios.

PhotoSmith 2 is at Apple, just a few more days now!

Posted by imus on May 21, 2012
Posted in: Photography, Photoshop-Lightroom, Technology. Tagged: computers, iphone-ipad-ipod-ios.

Photosmith is almost out, I’m getting a little excited and hope that it will be available this week.

[Hopefully, this is our last post before announcing the final release date.  The app has been uploaded to Apple and is under review. We should be only a few days away now.]

Photosmith 2 Screenshots: – PhotoSmith should be out soon! 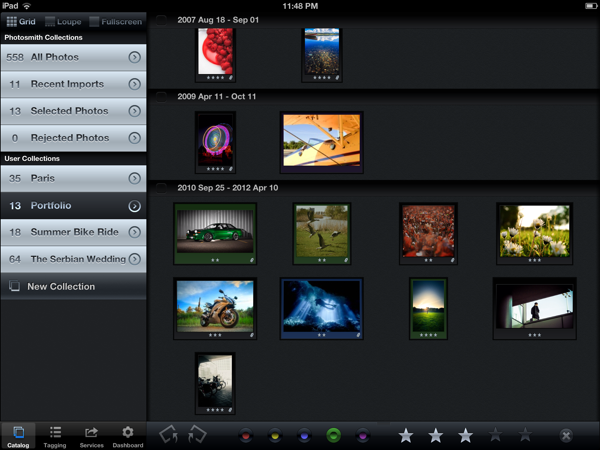 In preparing the press stuff for launch we realized that most people have never seen what version 2 looks like unless you bought Jeff’s book.  We’ve talked about it a great deal and offered a few glimpses but we’ve never shown full screenshots.  Well that’s all going to change right now.

PhotoSmith 2, Could be soon…… Final testing has begun

Update 27-April-2012: We’ve reduced memory consumption as much as is possible and gotten performance on iPad 1 to an acceptable level. Our internal testing team has their paws on it now and once we get their blessing we’ll send it out to the entire beta testing crew and submit to Apple.

via Final testing has begun.

bit warmer in the am, hazy-cloudy; photosmith getting close; botm; tilted kilt; got the AR15 magazines

Bit warmer this morning as well. Sun peeked out in the afternoon and the wind picked up as well.

Got up a bit slower than normal since I had the third beer and I had also gotten to bed past 11pm.

Messed with LinkedIN for a bit, updating some connections from the old days of NCR.

PhotoSmith is in it’s final stages, only about a month behind schedule, a bit more actually. I’ve been looking forward to this release for about 6 months so the extra month seems to have made this DRAGGGGGGGGG on. I predict that they may have it out by the beginning of May maybe closer to the mid-May timeframe. I will hope for that and therefore if it comes out earlier I’ll be ecstatic.

Went out for a small walk on the Big Creek Greenway about 12:30pm it was mostly overcast still but the sun popped out a few times and I even broke a sweat. A few bugs were out, the same ladybug that was on the bridge yesterday and then a few dragonflies and damselflies. The wind began to pick up a bit after I got back into the office.

Off to the BOTM @ Taco Mac after work. I usually go to the Johns Creek store and today was no different. They are premiering the newest Terrapin beer, the Easy Rider which is a Pale Ale brewed to be a bit lower gravity, ie. about 4.5 ABV. I first stopped in at Pop’s and picked up a couple of Great Divide beers, the 18th Anniversary IPA and a Oak Aged Yeti Stout. The dude, John who had his hip replaced a while back was there again and we talked quite a bit. No one else of interest was there. Had the 2011 Red Brick Vanilla Gorilla before the Easy Rider. Then I drove down to the Tilted Kilt on the way home and had a Drafty Kilt, TiffanyG and Jizzille were there along with Andy what’s his name with the ponytail. I remember now, his last name is pronounced “ki-yay” as in yippie ki-yay (motherfucker!).

(CNN) — The tiny $35 Raspberry Pi computer went on sale today, crashing its distributors’ websites on the way to selling out within hours of launch.

Looking like little more than a credit card-sized chip of circuit board, the powerful, fully-programmable PC can plug into any TV and can power 3D graphics and Blu-ray video playback. 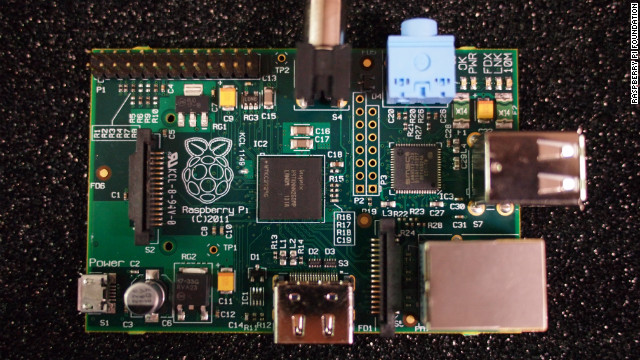