Automobiles of my life, and some I just WANT

First car was a 1967 Ford LTD, it was the old family car and I used it until I bought my own, 1970 Mustang fastback. I started learning about body work on this car, there was a lot of rust on this from the time my family lived in Illinois and all the salt. I also removed the vinyl top and painted the thing p 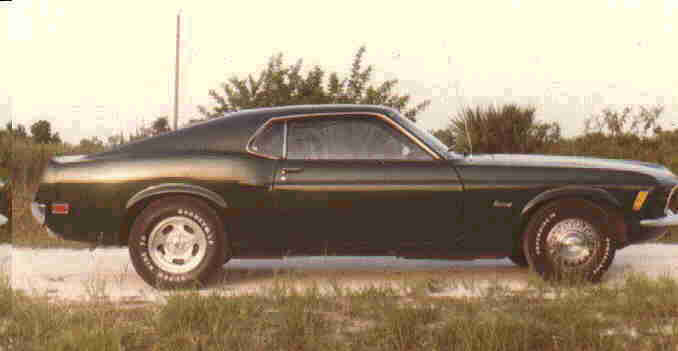 1970 Mustang fastback, $700 plus another $400 for a transmission (it didn’t have a reverse). Bought this from a lady who had gotten it as a car for college from her dad, she even went to UF I think. I did a lot of body work on this car, even getting it pained a dark green. i also put in a cruise control and my brother ended up putting it in a ditch with water up to the floorboards. When I got my motorcycle I gave this to my brother and his wife at the time, Joan and she wrecked it, someone hit her in the side front. Lost my virginity in that car. 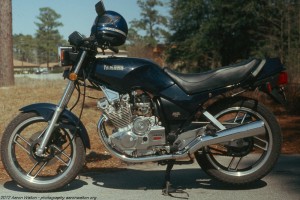 1982 Yamaha, Secca 400, talked my parents into lending me 2 grand to get this so i could run around at college. i really liked having it and it was a bunch of fun. wrecked on it several times, one while going down 34th and a car rolled out of a convenience store parking lot into the street and i jumped off the bike to not be hit. the second time was when i was driving down from the village appt. and toward 34th and a truck pulled out in front of me and I slammed on the breaks and ran into the side of him with my side, required several stitches due to that one. i gave it up on trade for the Thunderbird as a trade.

1984 Ford Thunderbird, First car after college, got it from the Dealership in Okeechobee, FL. My dad helped out with it and although the color was a horrible Wheat it was a nice driving car, sold this back to my parents when I got the RX-7.

1987 Mazda RX-7 Turbo II, this had been my dream car for sometime, One of the people I worked with @ NCR had gotten a RX just before I did. I ended up calling up for this one from Spartanburg, SC and driving down with a friend to be dropped off and I picked it up. We then drove down to UF for a football game and a big party. This was my FIRST standard transmission, drove it off the lot without ever stalling it. This is one of the cars that I planned on getting for some time. Didn’t actually plan on the turbo but when I decided to get it it was one of the only cars I could find in the area.

1989 Mazda 626LX. Got this as a way to fit the entire family into the same vehicle. Had to get rid of the RX-7. damn, had it for just over a year I guess. The wife got this as part of the divorce package.

1978 Datsun Truck $2000, got this in SC right after I got laid off by Zenith Data Systems. It was mainly due to needing a second car since I had gotten a job in ATL and we hadn’t decided to move there yet. Bought this from a friend of my ex-father in law, I realized later after abo it two years that it had been in a very bad front crash. The whole front passenger wheel assembly has been warped, after replacing the front disk rotors there was a very bad shake. 1997 Mitsubishi Eclipse GS. It is Barsolona Red Pearl (burgandy) in color with a tan cloth interior and CD player. It has a 2.0 liter 4-cylinder engine and 215R15 RS Goodyear tires.
1,996 cc 2 liters 4 in-line front transverse engine with 87.5 mm bore, 83 mm stroke, 9.6 compression ratio, cast iron block, light alloy head, double overhead cam and four valves per cylinder
Fuel economy EPA highway (l/100km): 7.1
Power: 104 kW , 140 HP @ 6,000 rpm; 130 ft lb , 176 Nm @ 4,800 rpm 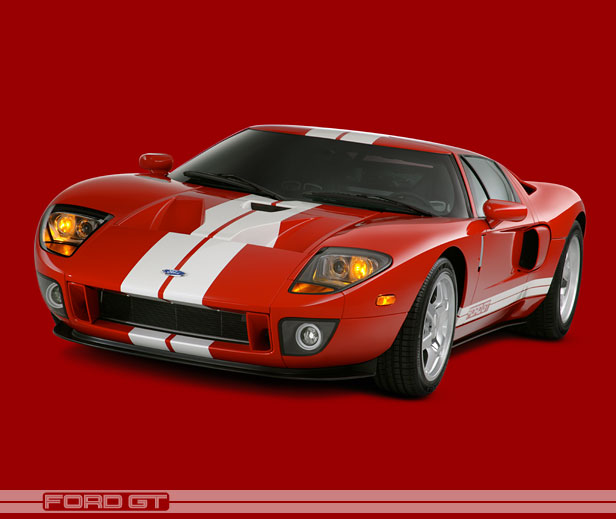 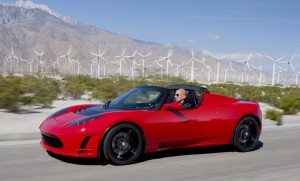 The Tesla Roadster is a battery electric vehicle (BEV) sports car produced by the electric car firm Tesla Motors in California between 2008 and 2012. 2014 Subaru BRZ
Thinking about this one.

I looked @ the BRZ but instead opted for the Honda Accord, I got it from the same dealership as I had the S2000, they had trouble getting me a V6 with a manual transmission but ended up getting one from another dealer. I thought I was getting one with the GPS/Navigation package but it didn’t have it. I basically told them the deal was off but then they decreased the price to make it worth my time.