my colonoscopy, or ‘A Tale of Two Polyps’ 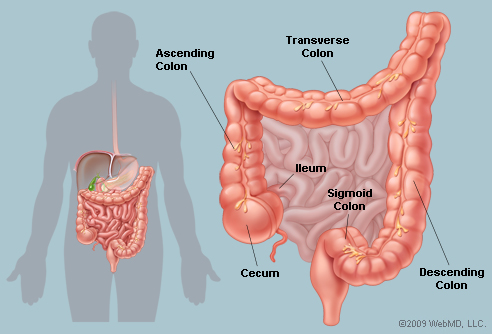 I went to Gastroenterology Specialists of Gwinnett, P.C. to have a Colonoscopy since I am now 52 and after age 50 they like to take a look at your colon in order to catch colon cancer early. After the procedure they found 2 polyps in my ascending colon and removed them for biopsy. When I had done my initial visit with the Doctor, Tanner, I had not realized that my mom had had several polyps removed back quite awhile ago. I couldn’t tell you now if Dad has had a colonoscopy or not but I would believe so.

The several days before the procedure, (Sunday and Monday) I tried to eat a low fiber diet. I ended up having some soup @ taco mac and then a few beers of which I thought were suppose to be quite high in fiber. It didn’t seem to matter. I also forgot at one point and eat a Reeses cup, a mini with peanuts (raw veggies are the worst). The day before (Tuesday) I wasn’t to eat at all, after finishing some canned pears and cottage cheese for a late snake on Monday I didn’t eat until after the procedure on Wednesday @ about noon, for a total of 36 hours of fasting I’d say since I went to sleep about midnight but finished eating some time before that.

Funny, I really never felt like I was really hungry at all. Maybe I need to do this sun-up to sun-down fasting thing more often or maybe even 24 hours. I lost about 3-5 lbs by the day after I started eating again.

I got home just before 4 when I was to start the Moveiprep that I fixed up last night. Yuck that shit tastes like Gatorade. Lemony and salty. 4 8oz each 15 minutes apart. Nothing but some , farting. Even drank the 16oz water after. I didn’t start until almost 6:30 and it wasn’t all that bad so far by 8:30 I hadn’t done much continued every so often. I took the second dose, and things got a bit more “runny” after a few hours but there was really nothing left by this time. There really wasn’t much in the way of solids at all, just light yellow and watery, yuck.

Getting to the doctor about 10am, actually even a bit early. Filled o it some more paperwork, just an ok that what they had was right. Then sitting for about 30 minutes waiting to get prepped. Fan ally got called a bit after 10:30. 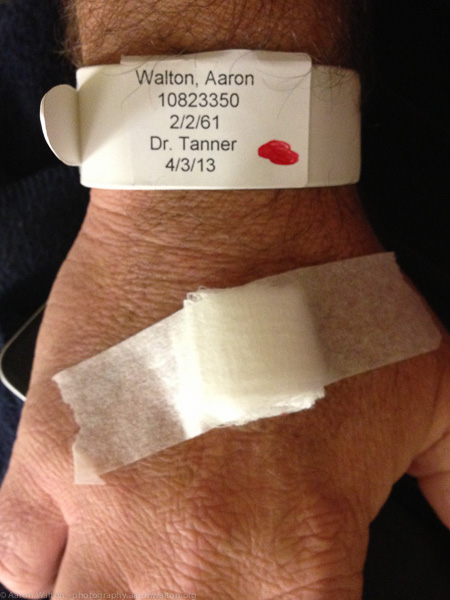 I was led to a room, exam room one and got to strip down to nothing and put all my stuff in a bad marked “Patients Clothing”, then put on a gown, with the open end to the back. It came with some cool slipper socks that I ended up keeping on when I went home. Not sure I was suppose to though. I then sat on the chair covered in a sheet and laid a blanket on my lap. Felt like a grandpa. Then the same nurse came in and put in an IV into the back of my right hand. Then another nurse, Colleen? Picked me up and walked me to the operating room.

There i began by laying down on the strecher-bed on my back. Dr. Tanner was in regular dress whereas the rest were in scrubs. They got me hooked up to a heart monitor with lots of sticky things on my chest and neck. Then the doctor filled out the Hazards form, a type of legal document that says you are doing this of your free will and don’t expect them to accomplish anything by it. Except maybe kill or maim you. The put the “Medicine” in the IV and in a few minutes I was waking up in recovery, there is no way I could say they had done anything at all.

In the recovery area I was told I would have to pass gas before I could leave. I think I did a few times and then they had be roll over on. My other side and I did so again. Basically trying to fart loud so they would hear me and I could go home. They finally did calmly brother and t hen one of the nurses helped m e on with my clothing, right out in the open recovery area. The interesting part is I didn’t care one iota, I was standing and moving like I was a bit drunk, and they said I would seriously fail a drug test so driving was out of the question until tomorrow morning.

It wasn’t nearly as bad as I had thought it may be. The prep was really a lot more of a hassle than the actual procedure since after they gave me the “medicine” in the IV I went to sleep and didn’t feel a thing.

The two polyps were sent out to be checked for malignancy, a week later….