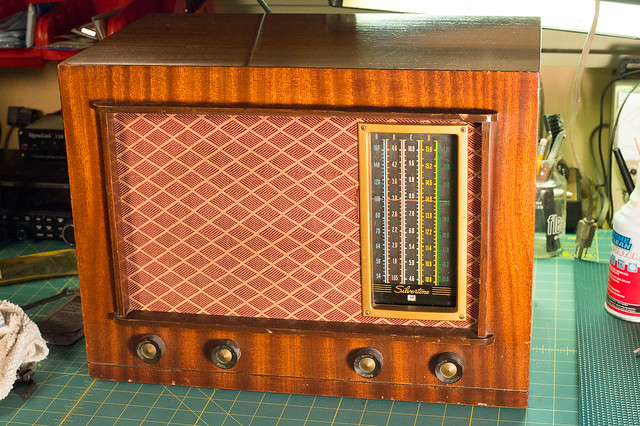 September 6
I plugged it in on September 7th and as it warmed up sounds of crackling began to come out of the speaker. The volume was on low so I think I should have heard nothing. Then it started to snap louder kind of randomly, I noticed that the Rectifier tube, 7Y4 was sparking and arcing at the bottom of the tube, I immediately turned the radio off and unplugged it. I remember a similar thing said to be happening on a tube amplifier that the dude from Mr. Carlson’s Lab fixed so I will have to re-watch that to see if I can figure out if it’s the same thing.

He said it was due to a short to Ground, most likely due to a bad capacitor, I should have expected that. There are 3 electrolytic caps, one 20ufd and two 40ufd.

September 8
I got the ohm meter out and tried to see if any of the Electrolytic capacitors were shorted to ground, nope. I then removed the chassis and began cleaning up the tubes and getting rid of the dust. There are a BUNCH of foil capacitors that need to be removed and replaced. I then noticed that the 7Y4 Rectifier tube was instead a 5AZ4 tube, not even the right pin-out. Will have to determine if someone had changed things so it will work or if it is just FUCKED up. I also noticed that a cap was disconnected between the output and the Detector (7C5) which is now a 7B5. 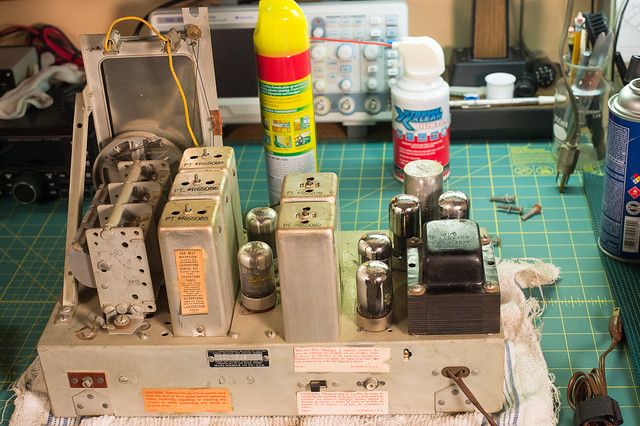 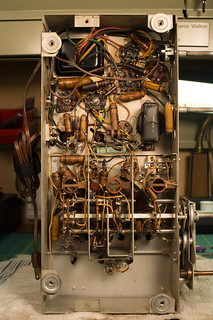