Posted by imus on May 15, 2018
Posted in: Uncategorized. Tagged: electronics.

Posted by imus on January 2, 2018
Posted in: Uncategorized. Tagged: electronics.

I can’t believe I’m here again with yet another blown deadline. It’s bloody embarrassing, is what it is, and I’m absolutely gutted that today is not going to be the shipping date for Triggertrap v1 as promised.

Yeah, this project has been one delay after another. I really think the idea is WONDERFUL and as good or better than any other device like this on the market.

But….. It’s plagued with delays, that’s working with China for ya.

I truly don’t understand why the shield deliveries are delayed by their enclosure issues. Sent them a comment on that, we will see what they say. 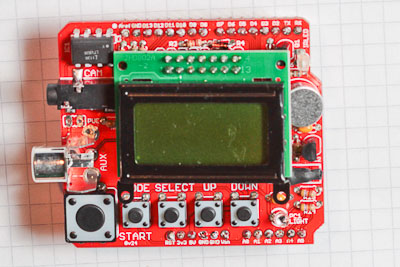 Just pre-ordered mine, the site says that they should be ready sometime early-mid April which means right about now. Maybe I’ll get my “invoice” very soon and I can play with this device along with my ‘duino. I’ll possibly need to get some things to allow my StopShot cables to work with this device.

Whilst the factory is doing its factory-ing thing, we’ve decided that we wanted to give you guys a sneaky peak into the murky underbelly of what drives the Triggertrap v1 and Triggertrap Shield.

If you fancy having a poke around in the code, it’s available now on Github; Feel free to fork us, and fork us hard. 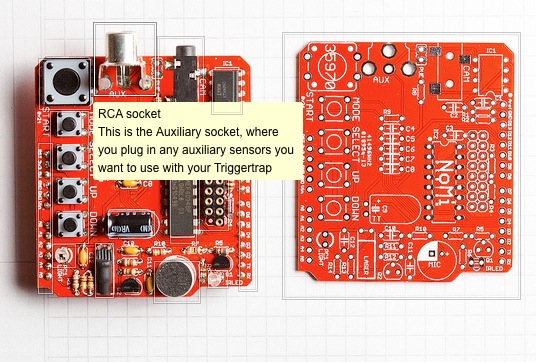 EAGLE PCB Design Software is an easy to use, yet powerful tool for designing printed circuit boards.

The name EAGLE is an acronym, which stands forEasily Applicable Graphical Layout Editor.

The Freeware version only allows one two layer board and schematic page but that’s all good enough for me.

The photo today is quite apropos, it was raining early this morning, heard some thunder and the rain on the roof a few hours before actually getting up. We really needed the rain. Driving into work the roads were wet but the rain had stopped. It started raining again later in the morning, so I didn’t get out to the Greenway today. By noon though the rain had stopped and the temperature rose.

Work issue with SSL seems to be related to the customers configuration or routers not allowing SSL to negotiate, it works on their server from here using their device and software.

Even with it being IPA Day I didn’t have an IPA at the BOTM, I already had the Harpoon IPA so instead I had the Raspberry Hefe, yuck! Then I had the Avery The Czar 2010, the end of Suwanee Taco Mac’s Christmas in July. Saw the regular crew there, Mike, Mike, Beth, Lori, Lori’s friend (with BF), EE dude, Pete, other talk short haired cute gal (I should know her name), other curly haired brunette. Then black dude, photoshop guy, Charlie & Alicia, other couple were the gal is cute. There was another dude I’ve seen before with a gal with several tattoos and quite an impressive cleavage who moved to a table later.

Got home after picking up several beers from the Beverage Superstore, a Nogne O Barley Wine, Jailhouse Conjugal visit Red Ale, Shipyard Imperial Porter and a six-pack of Butternuts Snapperhead IPA. I found my package from RobotShop.com and opened it up to find three very small things. Went upstairs with the MacBook and plugged in the ArduinoUNO and it began running the BLINK program automatically, it must have been programmed to start. Built the Prototype Breadboard Shield and realized just how BAD my eyes are, boy getting old sucks big time. I got it all together and the LEDs work fine as well as all the lines I used on several small test projects. Did some playing with LEDs and then a Piezo. the Piezo was suppose to make some music but it was rather lame, also the volume was really low, or I can’t hear.

Dad called this afternoon because Mom and heard about the ground turkey recall of 2011 Cargill initiates a Recall of 36Million pounds of turkey due to possible contamination from Salmonella Heidelberg. FoxNews Many are brands sold by Kroger and today my brother Brian checked our fridge and noticed we both had some of the turkey on recall.

arduino arrives thursday, survey at work, another shot @ bug, cleaned up in the office

My package with the arduino should arrived on Thursday, need to get some components together, LEDs, 10K resisters, PN2222 transistors, some opt-isolators, not to mention a USB cable, I think I have one of those and most of the other components. I would like to pickup the package of breadboarding wires that is at the AdaFruit Industries website.

At work I’ve done the “survey” that they (personnel) has been emailing us to do, didn’t give them super A++ ratings although if I had a bit more confidence in things I guess I may have. Most rating were at least good, several more better and really good but a few were below. Hope they don’t know who I am, I’m guessing. I also released another solution to the SSL bug to support to check, and picked up another issue.

Home after work, Nicki made some really good lasagna for dinner, she added a bit of cilontro which was a bit different but it was good.

Didn’t do much else but clean up a bit upstairs in the office to organize my electronic stuff to allow me to find stuff when I start to experiment with the Arduino UNO board when it arrives. Tomorrow I’ll be getting some stuff that I have downstairs in the basement more than likely.

I found a USB cable that should work with the Arduino as well as some transistors and LEDs, I will need to pick up some 220Ω resistors from Frys sometime soon, maybe tomorrow?

Make An Arduino Board Oscilloscope | PCWorld

I bought this today, should be here about mid-week,

Make An Arduino Board Oscilloscope | PCWorld.