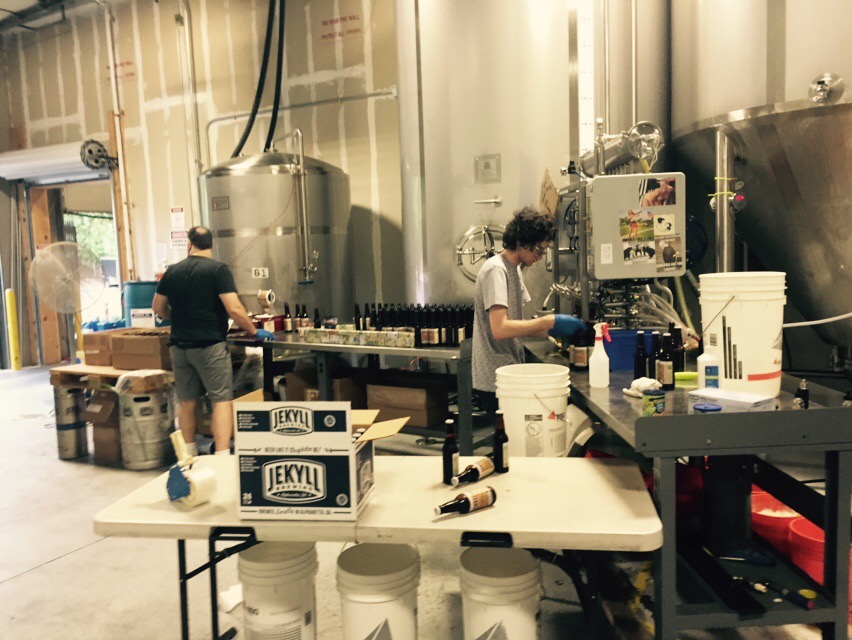 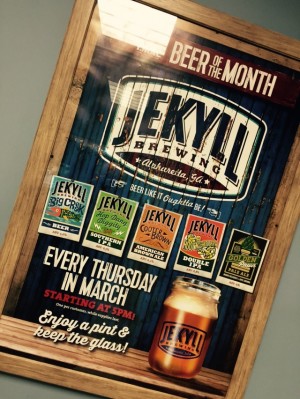 On a whim I ended up heading over to Jekyll brewing since they had the fancy to a class today only drink for the tickets which is probably too much anyway but met some really nice people do from London named Paul and his girlfriend whose name escapes me now. I also met another older guy who lives right off the Greenway here in Alpharetta I can’t remember his name either started with an L.

The brewery has had some changes, they have gotten a better bottling line, although it’s still very manual.  They have increased distribution to include some of Tennessee and they will soon add some of Florida.  They already have all of Georgia covered.