Posted by imus on July 3, 2018
Posted in: Uncategorized. Tagged: holiday. 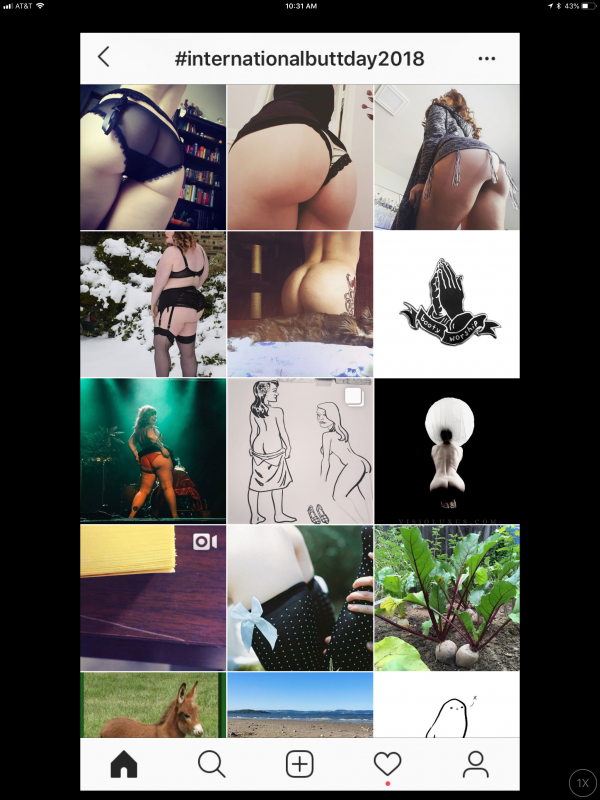 May the Fourth be with you

Posted by imus on May 4, 2016
Posted in: Uncategorized. Tagged: holiday. 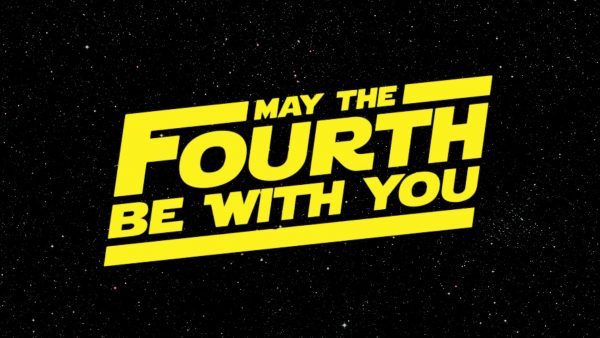 Today is 4:20, for all the marijuana lovers

Posted by imus on April 20, 2016
Posted in: Entertainment-Comedy. Tagged: holiday. 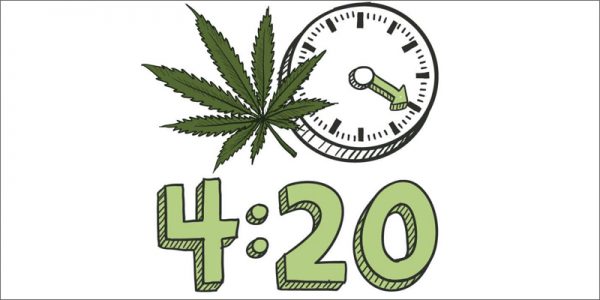 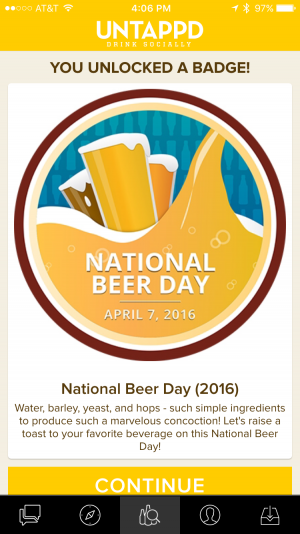 Posted by imus on December 25, 2014
Posted in: Uncategorized. Tagged: holiday.

It was sunny but quite cold all day long.

Went out in the AM and picked up some ca$h for one of Nicki’s gifts. Then stopped on the way back and picked up a gallon of milk for pies and things.

I then pulled out the prime rib to let it come up to room temperature. I then made the lemon pie, it didn’t even need milk. Later I cooked up the vanilla pudding for the banana pie and while it cooled I made some marrange for the Lemon pie, came out quite good.

Nicki got up about noon or so I’d say maybe later. We then opened our presents, nice time and everyone loved the gifts they got, I was a bit worried about the ice cream maker but Nicki does eat a lot of ice cream. Nicki got me another camera which I REALLY love! The Kodak No2A Model C, it’s the aluminum one post 1924 I think, very good condition. Nicki got the ice cream maker, several magazines and stuff for her gun and some ca$h

Got the prime rib into the over @ about 1:30pm and it ended up cooking for about an hour. As it rested I got the rest of the stuff prepared, mashed potatoes, green bean casoral, baby carrots, mac & cheese and ham.

We all ate dinner about 3pm I’d say, everyone left the table very VERY full. Nobody had pie until well after 7pm.

Called up mom & dad a bit later in the day, chatted with them and found out that Gail was expecting us, maybe I wasn’t really clear during Thanksgiving that I didn’t expect to be back for Xmas. Sorry.

when I first woke up it was sunny and looked great out, stayed that easy the whole day, although I didn’t actually get up until after 10am.

Today is national beer day, the day that prohibition ended and they could sell beer again. A whopping 4% stuff. But good all the same.

Today is big day in beer history. Leading up to today, The Cullen-Harrison Act was signed on March 22, 1933. This act was a major step in repealing Prohibition. It allowed for the sale of low-alcohol beer (4% ABV). Cullen-Harrison took effect on April 7, 1933. On this day, beer could flow again. April 6th is referred to as “New Beers Eve,” which saw throngs of people waiting in line until the first beer could flow at 12:01 AM on the 7th.

Just couldn’t get motivated to do much of anything till almost 11 and then just did some laundry and hung out at the hour. Brian and I did finally get the reservations for the camping trip over to Providence Canyon Park, also known as the Little Grand Canyon. N 32.064445 | W -84.921913

Finally, went out the Kroger and got some Mountain Dew and some other stuff. Then went out to the shroom and dropped off the photos for Charlie and had a late lunch. They were celebrating Sahil’s birthday that is tomorrow, s surprise thing. Michelle, Lauryn, Ryan and the rest of the crew here. Lauryn was looking adorable in her little summer dress. It had birds on it.

I released Jorael from his exile, Now he is allowed back in the house, but only till 10pm weeknights and midnight on weekends. Nicki made a comment that it wasn’t much help since he doesn’t get off school until after 9, but honestly it is not my problem. I honestly don’t care if he EVER steps foot in my house again. They were not bashful about taking over the livingroom and the TV the rest of the afternoon/evening though.

I wasn’t feeling well and ended up taking a nap for several hours upstairs and finally did get back down, took back over my TV and got to watch the last of the Season 3 episodes of The Walking Dead. Dam if they didn’t kill off another beautiful lady. First Lori and now Andrea. 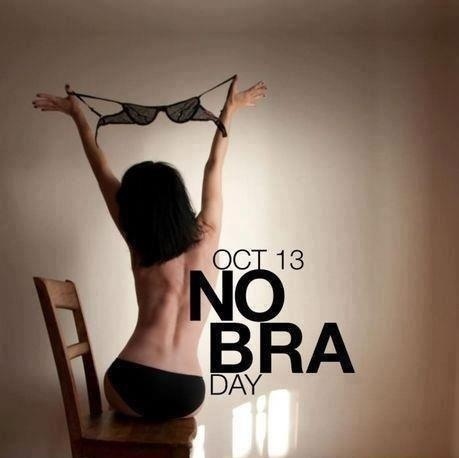 Posted by imus on February 28, 2012
Posted in: Entertainment-Comedy. Tagged: holiday.

Now There Is An International Stout Day

Now There Is An International Stout Day?  I’m in.

I bought a 4 pack and had one of the O’Dempsey Your Black Heart Imperial Stouts, and then along with that bought two Mikkeller Black Stouts and a Thomas Creek Banana Split Chocolate Stout, not to mention the Big Daddy Vlady Imperial Stout from 2010 that I drank at BOTM today.

I drank 2 stouts and bought 8, so how’s that for a Stout Day?

Dreary and overcast most of the day, the clouds continued moving toward the west all morning long. Lots of wind.

Read a bit about Christopher Columbus, seems he wasn’t a really nice fellow. Terrorized what is now the Dominican Republic, killing and enslaving many Indian and Caribbean people. There are people who want us to stop having a Columbus Day, seems silly since we are not really celebrating the man but the fact that he helped start colonization of the USA back in 1492, wow, that was almost 300 years before we became our own country, and we have only been a country for 235 years. Kind of reminds you how young we really are as a country compared to all the ones in Europe & Asia. I went over to the Natural Foods Warehouse for some frozen things for lunch, ended up seeing a dude I’ve met over at Taco Mac – Mall coming out of the Beer Depot in the same shopping center across from my office. Just after I finished my lunch I realized that it was raining outside, the light misty kind.

Checked on my package to LifePixel (D200 IR conversion) and it is out for delivery today. Should be finished 5-10 days from today (also should get email from them tonight) and then be back to me sometime by the end of the month. Need to get set up for adjusting the focus on the camera just in case.

Came home and had some dinner, then watched some Ancient Aliens again, then some FoodTV. Noticed Terra Nova was recording but some Dumb-Ass baseball game was still on, Fuck, now I won’t have it recorded.

Took some shots like the one above, messing with the reversed 50mm on my 150 macro, used the NIKON CLS flashes. 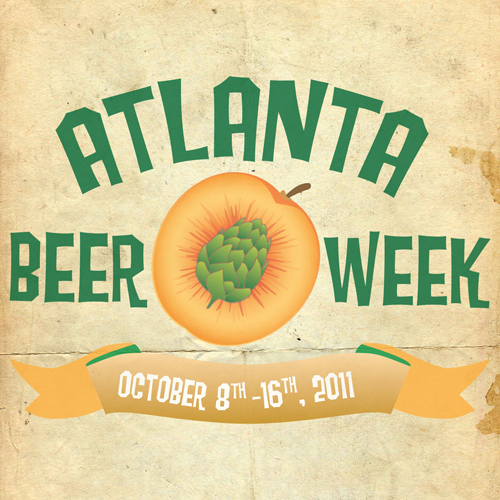 “International #IPADay was founded by Ashley Routson (aka The Beer Wench) and Ryan Ross but it was inspired by similar worldwide wine events such as #ChardonnayDay and #CabernetDay. Ashley, more commonly known in the beer world as The Beer Wench (Wenchie or just Wench) witnessed how these events brought people together around the world to drink wine, whether they normally drank wine or not.”

nice memorial day, thanks to all our soldiers – past and present Went to the Kroger and picked up a few more things for the “cookout”, I really need to do a cookout in a big way sometime soon.

Hadn’t realized it but the trash pickup occurred this morning, even the recycling. I’m glad Brian brought out the trash can and had it in front of the garage, otherwise they wouldn’t have taken it at all. I woke up about 7am and got up to put the recycling out although they didn’t do that until much later. Did a walk around the yard, I need to cut back the bushes on the side of the house and the azaleas on the other side as well.

Went out to the pool about 1pm, met the pool manager a cute blond quite talkative actually, or maybe she was just bored 🙂 The sun kept going in and out and then it started to drizzle, almost a mist actually. I went out and put up the top on the car, since it wasn’t stopping even though the sun was continuing to shine even with the drizzle. Finally, about 2:20 the rain stopped and the sun came out. I headed on back home to cook out after 3.

Everyone bailed on us for the cookout, I wanted only a small get together but this was a bit much. Fired up the grill, finished the food and had a feast. The guacamole was great, the veggies actually good for me and I watched the latest episode of “V”. Had a nice dinner with the brother.

My parents should be in town on Tuesday or Wednesday so I canceled on Becky, I’m definitely NOT feeling the love there, whatever we did have there has basically just withered away a real shame.

Ended up over at the Taco Mac by the mall for a beer, had the Southern Tier Inequity India Black Ale, very yummy and finished my 175th beer on Taco Mac list 2, now I’ve got my $20 gift card and I’ll be retiring that list.

Here is the beer I had the night before after getting back from the Olde Towne Tavern with the Rogers gang.