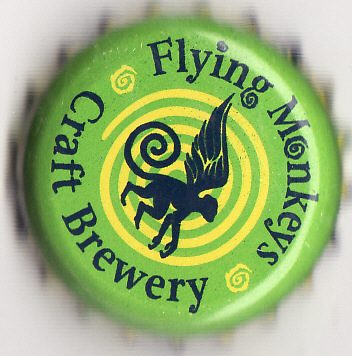 “World’s Hoppiest Beer?  2500 IBU’s?  There will be some people who argue that 2500 IBUs is WAY, WAY outside the detectable bitterness range.  (130 is pushing it.)  Flying Monkeys Craft Brewery in Barrie, Ontario claims to have the hoppiest of the hoppy.   “Alpha-fornication”  as the beer is called, is made by  manipulating aggressive hop styles & the brewing process itself.”